Malocclusion is a common dental problem marked by misaligned teeth. This guide from Flossy goes over its symptoms, causes, and treatments. 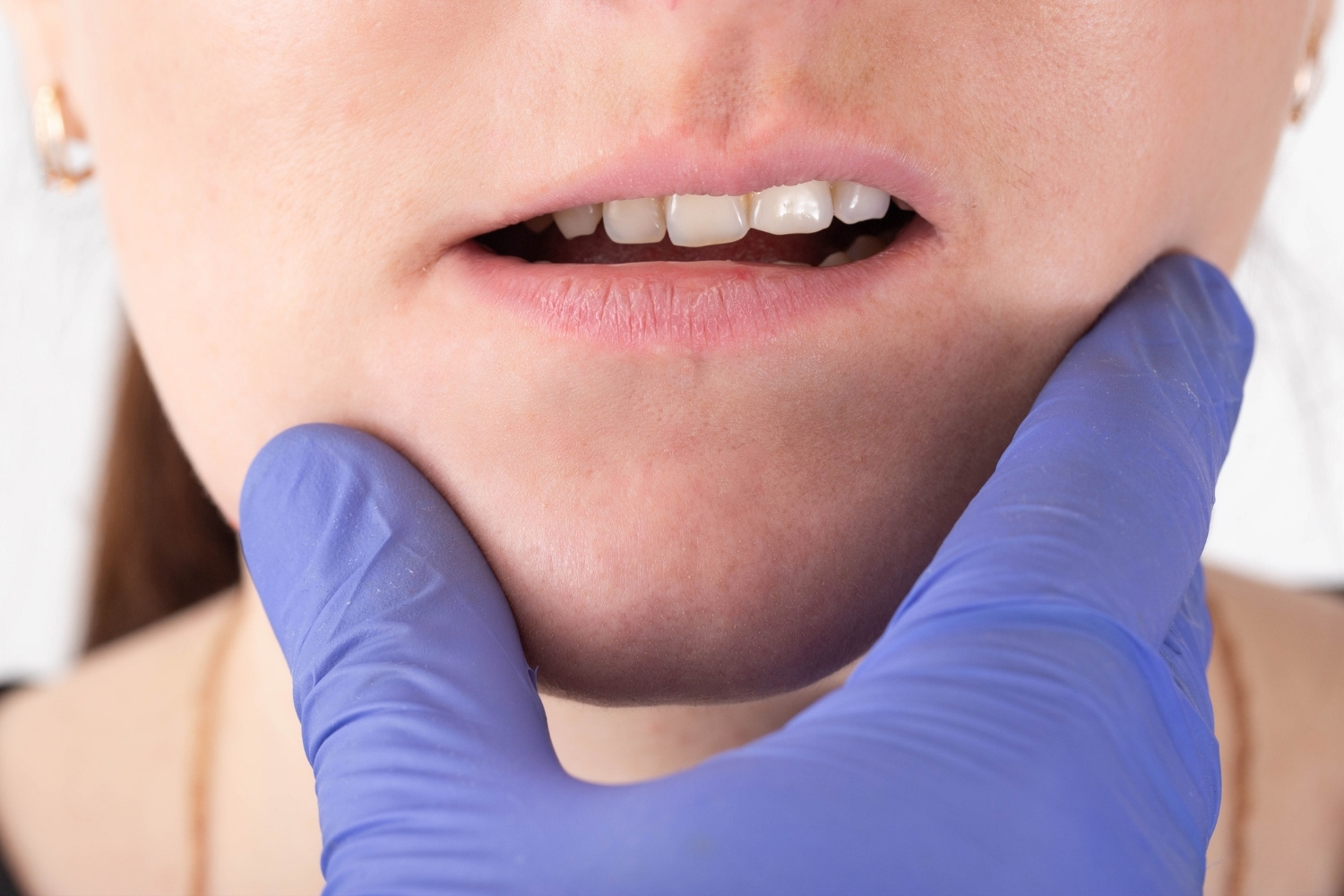 Malocclusion of teeth is a common dental problem in which the upper and lower teeth don’t align when biting down. It is a genetic condition that has several options for treatment, which depend on which type of malocclusion you have.

In this guide from Flossy, we go over what malocclusion is, its symptoms, its causes, and which treatment options are available for it.

Dentists and orthodontists use the term malocclusion to describe when the upper and lower teeth are not aligning correctly.

Proper teeth alignment is necessary for dental health. Down the line, malocclusion can lead to dental problems, such as shifting of the teeth. Some people may also be concerned about malocclusion due to aesthetic reasons, preferring the appearance of more aligned teeth instead.

Malocclusion is often detected in childhood. It is an incredibly common dental condition, with an approximate 50% prevalence in the U.S. In other regions, such as Europe, malocclusion can affect up to 70% of the population.

Malocclusion is treated by orthodontists — specialists trained to diagnose and treat poorly-positioned teeth and jaws. Many patients have malocclusion identified by their regular dentists and receive a referral to a specialist because visits to orthodontists are not routine.

What Are the Different Types of Malocclusion?

Malocclusion can be further categorized into the following types, which determine which treatment will be needed to fix it:

What Are the Symptoms of Malocclusion?

Malocclusion can also present with the following symptoms:

In most cases of malocclusion, a patient’s appearance will be the primary symptom of the condition. Whether it’s an overbite, an underbite, or an open bite, a patient — and those around them — should be able to tell that their jaw and teeth position is abnormal.

In many cases, malocclusion does not present any symptoms at all. For this reason, many patients do not know that they have the condition until a dentist identifies it. This is another reason why routine dental visits are so important.

What Are the Effects of Malocclusion?

If a malocclusion is left untreated, it can lead to several health problems down the line.

Your Teeth Can Bump Against Each Other

Depending on the type of malocclusion, the teeth may bump against each other when biting or chewing, causing the protective outer layer of the teeth (called enamel) to wear away. For this reason, malocclusion is associated with an increased risk of dental problems such as tooth decay, tooth loss, and gum disease.

Malocclusion can also be incredibly uncomfortable. For instance, those with an open bite often have difficulty chewing their food since their front teeth do not come together when biting down.

In some cases, malocclusion can lead to the development of a temporomandibular joint (TMJ) disorder. This condition affects the jaw joints and the muscles and ligaments in the jaw. TMJ can lead to severe pain and make it difficult for someone to move their jaw properly.

Last, malocclusion can make someone insecure about their appearance. Studies show that those with an underbite, overcrowding and spacing were most likely to experience low self-esteem. This can increase someone’s risk of developing a mental health disorder, such as depression or anxiety.

What Are the Causes of Malocclusion?

Genetics Can Lead to Malocclusion

Malocclusion is mainly a genetic condition that’s passed down through families. If someone’s parent or grandparent has an abnormal jaw or tooth size, they will also be likely to experience it.

Birth Defects Can Cause Malocclusion

Suppose someone habitually sucks their thumb or pushes their tongue against the front teeth. In that case, they can cause their upper teeth to protrude forward over time, greatly increasing the chances of developing malocclusion. However, this mostly affects children under three years of age.

Last, losing a permanent tooth increases someone’s chances of developing malocclusion. Unless a dentist places something to fill in the gap — such as a dental bridge or dental implant — the surrounding teeth can shift and cause jaw misalignment.

How Is Malocclusion Diagnosed?

Malocclusion must be diagnosed by a dentist or orthodontist. Several diagnostic tools are available for this, such as:

When meeting with a dental professional about malocclusion, it’s important to understand your condition. You should come prepared with a list of questions to ask, which can include:

Asking the above questions will ensure that you are well-informed about your condition and feel comfortable proceeding with your orthodontist's treatment.

How Is Malocclusion Treated?

Some treatments offered may include:

Your orthodontist will also ask about your preferences for treatment. For instance, some adults may not wish to wear braces to treat their malocclusion.

Treatment may extend over the course of several sessions. For instance, if the problem is overcrowding, your orthodontist may do an extraction during the first visit and put on braces during the second visit. Frequent follow-up appointments may be needed, as well.

The Treatment Time for Malocclusion Depends on Several Factors

Treatment time for malocclusion depends on the following factors:

It can take several years for the teeth to realign. However, this depends on which treatment you’re undergoing. For instance, if your orthodontist gives you braces, you might be required to wear them for 1-2 years until your teeth straighten out.

After wearing braces, you may be wearing retainers for several more years. However, treatments such as tooth reshaping provide immediate results.

In general, teeth alignment problems are easier to fix when addressed early. Children and adolescents experience the best outcomes because they have softer jawbones, which are easier to reshape. In addition, it is easier to remove deciduous teeth — or baby teeth.

Because permanent teeth will replace them, they will not require a dental implant in their place.

Can Malocclusion Be Prevented?

For the most part, malocclusion is hereditary and cannot be prevented. However, in other cases, preventing certain habits can go a long way in reducing the risk of malocclusion.

For instance, malocclusion can be prevented in children by stopping them from thumb sucking. In addition, malocclusion should be diagnosed as early as possible in children — as waiting too long can lead to more severe problems.

In adults, losing teeth can cause malocclusion. For this reason, getting a dental implant or dental bridge to fill in the space of missing teeth is important.

If you suspect that you have malocclusion, getting prompt treatment is necessary for optimal dental health.

Flossy can connect you with a low-cost orthodontist in our vetted network of dental professionals. Make your appointment with Flossy today.

Worldwide Prevalence of Malocclusion in the Different Stages of Dentition: A Systematic Review and Meta-Analysis

Effect of Malocclusion on the Self-Esteem of Adolescents | NCBI

What Is a Crossbite & How Do You Get It Fixed?

What Causes Cavities on the Front Teeth?

Dry Socket: Everything You Need to Know

The Problem With Bad Teeth and Ways You Can Fix Them

When Should a Child See a Dentist for the First Time?

Receding Gums Treatment: Everything You Should Know

How Often Should You Go to the Dentist?

Dental Sealants: Everything You Need to Know

Hyperdontia: Everything You Need to Know

Treating Mucocele: Should I Go to the Dentist or Doctor?

10 Common Causes of Yellow Teeth & Ways to Avoid Them

3 Reasons Deep Cleaning Your Teeth Is So Important

How Long Does It Take For Dental Anesthesia To Wear Off?

How Often Should You Change Your Toothbrush Out for a New One?

Why Does Mouthwash Burn When I Use It?

Should You Floss Before Or After Brushing

Cavity vs. Stain: How To Tell And What To Do