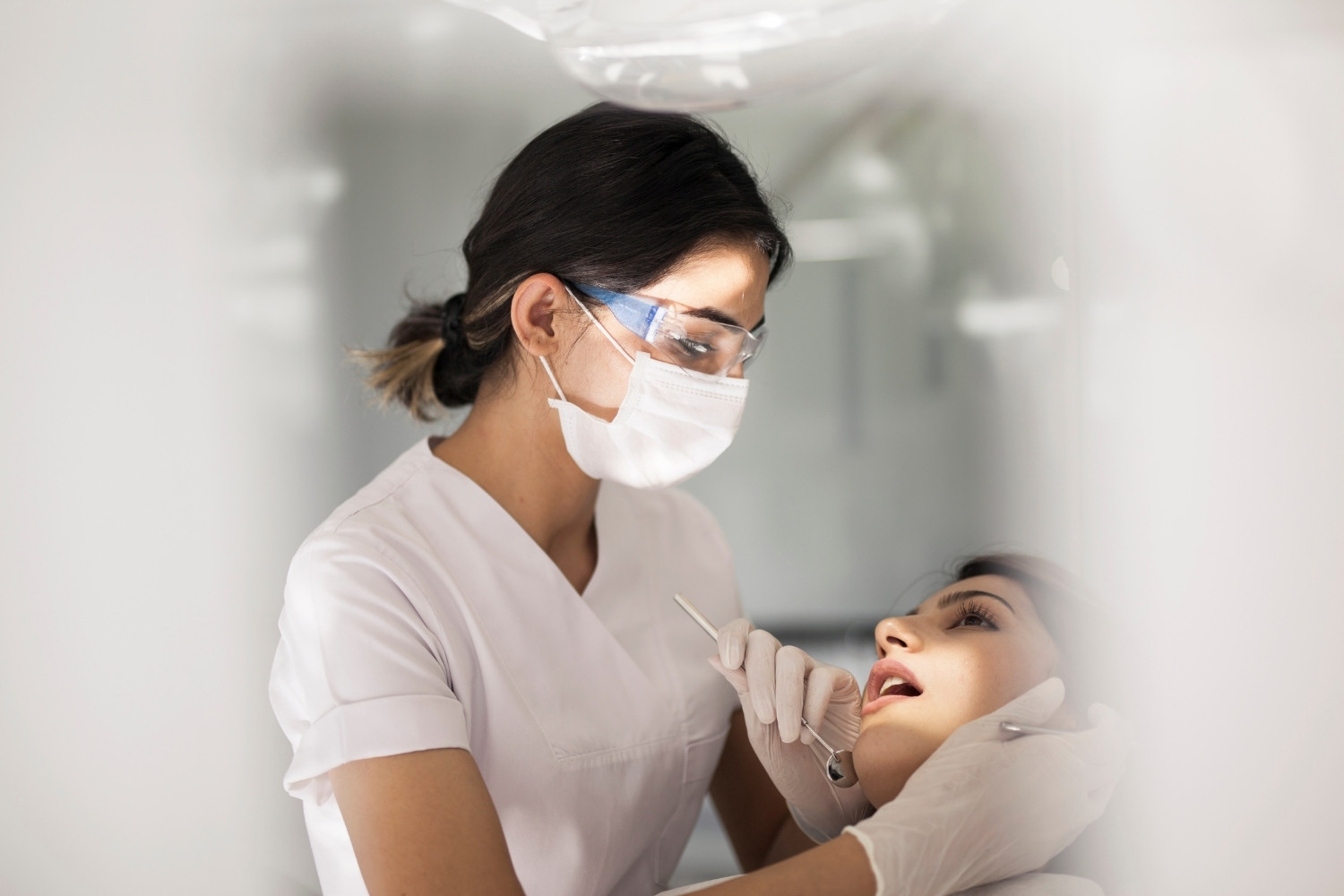 If you noticed that a small bump has formed on the inside of your mouth, you might have developed something called a mucocele. Although a mucocele is fairly harmless, you should treat it quickly to prevent further pain, sensitivity, and discomfort.

This brings us to the question: Should you see a dentist or doctor to treat a mucocele? Discover the answer with this guide from Flossy.

What Is a Mucocele?

A mucocele is a (non-cancerous) small cyst containing a high mucous. It usually arises from the salivary glands. Although most clinicians don’t fully understand why it forms, it is usually the result of high mucus accumulation within the salivary gland.

Mucoceles affect about 2.4 per 1,000 people, making it the fifteenth most common oral condition. They are more common in younger people, with the highest proportion of mucoceles occurring in those younger than 20 years of age.

The first type is referred to as a mucous extravasation cyst. This is the most common type of mucocele caused by excessive salivary gland secretion. It forms because the secretion spills out into the surrounding tissue, which leads to swelling.

The second type of mucocele is less common. Referred to as a mucous retention cyst, it forms when the salivary gland becomes blocked with mucus. These are more common in older adults.

A mucocele can also be classified according to its position:

What Are the Signs and Symptoms of a Mucocele?

The signs and symptoms depend on which type of mucocele it is and where it is located on the skin. In most cases, a mucocele will not cause any pain—to the point of being undetectable. However, you might still feel some slight discomfort.

If the mucocele is superficial, you might feel a small bump in your mouth that does not produce any significant pain. The bump may be less than 1 centimeter in diameter and take on a blue color.

However, if the mucocele is deep, you might experience some pain, sensitivity, and discomfort. In addition, the mucocele might be different in appearance, taking on a round shape and an off-white color. It might also be bigger than 1 centimeter in diameter.

What Causes a Mucocele?

While the exact causes of a mucocele aren’t known, it likely develops due to a combination of individual and lifestyle-based factors.

The most common cause of a mucocele is physical trauma caused by oral activity. This can be due to different reasons, such as lip or cheek biting or a piercing. In some cases, a mucocele can form without any trauma and result from the salivary gland's obstruction.

Although mucoceles are more common in people aged 10 to 25, age is not a risk factor for this condition. People of any age can develop a mucocele.

Should I Treat Mucocele With a Dentist or Doctor?

In many cases, mucoceles can go away on their own. However, they can sometimes enlarge to the point of causing pretty significant pain and discomfort.

If this happens, then you should consult with your dentist. While your doctor can give you a referral for treatment, they will not have the required tools for removing the mucocele.

Following this, your dentist may perform a marsupialization procedure, which helps a new salivary duct form. This is a fairly complex procedure that must be performed by a dental professional.

If you have recurring mucoceles, your dentist might use other treatments, such as laser, cryotherapy, or surgical excision. You may also need to work with a mental health professional to address your cheek or lip-biting habits—since they are a common cause of mucoceles.

Can You Treat a Mucocele at Home?

If your mucocele doesn’t cause significant discomfort, then you can wait for it to go away on its own. In addition, you can try out several home treatment remedies, which include rinsing with a warm saltwater solution or apple cider vinegar. You can also apply a warm compress to the affected area.

You should check up on your cyst constantly to make sure that it does not get bigger—as this can increase your risk of it turning into an infection.

If you constantly bite on your lips or cheeks, one of the best preventative strategies you can adopt is breaking free of these habits. Unfortunately, these habits can be compulsive and hard to end. To help, you can try speaking with a mental health professional.

If you don’t have access to a mental health professional, then you can monitor your cheek and lip-biting behaviors. By keeping a journal of your habits, you can make the connection between your emotional states—such as boredom, stress, or anxiety—and your habits.

Over time, this can help you identify when cheek or lip-biting is about to occur and stop it with healthy behaviors.

A mucocele is a small cyst that forms inside the oral activity. It is often caused by physical trauma to the face, such as lip or cheek biting.

In most cases, a mucocele is harmless and should go away on its own. However, if it progresses, then treatment by a dental professional is imperative.

If you have formed a mucocele on the inside of your lip or cheek, then getting it checked out by a dentist is the best way to prevent any further complications. Flossy can help get you in touch with a high-quality dentist—at a fraction of the cost of other dentists.

Oral mucocele: Review of literature and a case report | NCBI

Where To Find Dental Care for Adults Without Insurance?

How Much Does Dental Cleaning Cost With & Without Insurance?

Tooth Anatomy 101: Everything You Need to Know