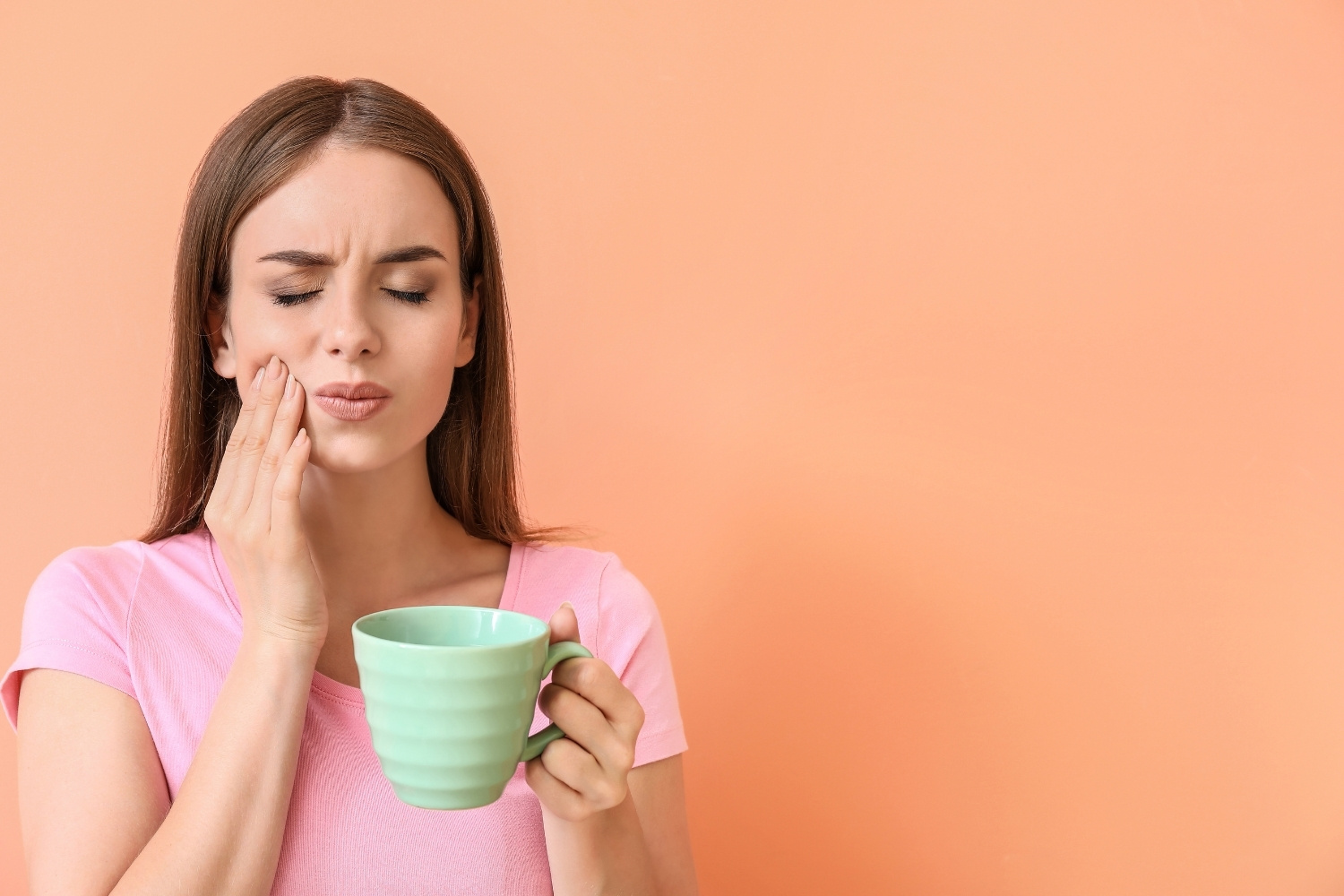 Although an exposed tooth nerve (or exposed tooth root) is not a condition in and of itself, it can be a sign of a dental problem — which may be serious and require immediate treatment.

In addition, if you have an exposed tooth nerve, you may experience pain and sensitivity. Even if you don’t have a complication, this can interfere with your daily activities, such as eating.

In this guide from Flossy, we’ll go over everything you need to know about exposed tooth nerves so you can get it addressed quickly.

What Are the Four Types of Teeth?

The four types of teeth are:

Your teeth also play a role in articulating your words. Scientists found a relationship between dental problems and speech defects.

How Is the Tooth Structured?

Here are the three primary parts of each tooth:

Even though you can't see it, the root makes up approximately two-thirds of the tooth. The root is made up of several parts:

The neck contains the gums, which are pink connective tissue that is attached to the neck of the tooth. The neck also contains the pulp, which is the innermost part of the tooth with plenty of blood vessels and nerve connections.

The crown of the tooth is the part that’s visible to the naked eye. Its outermost layer is called enamel, which is a hard substance with high mineral content. It forms a barrier that protects the inner part of your tooth from bacteria. In addition, it provides your teeth with the strength needed to bite and chew food.

Directly below the enamel is a layer called dentin. It is mineralized tissue that’s slightly softer than enamel, which makes it more susceptible to damage. It contains microscopic tubes that allow it to communicate with the environment and the nerve-rich pulp inside the tooth. If you have tooth sensitivity, then it’s the result of these microscopic tubes.

What Is an Exposed Tooth Nerve?

In the following sections, we’ll discuss which conditions can lead the tooth root to become exposed. But first, let’s talk about ways to tell if you have an exposed tooth nerve.

What Are the Signs and Symptoms of Exposed Tooth Nerve?

If exposed tooth nerve occurs with the front teeth, then it will be easy to tell that it’s happening to you.

Usually, you will be able to see the exposed root with the naked eye. You may notice that one or more teeth have an elongated appearance that narrows as it reaches the gums.

Damage to the Gums

However, sometimes an exposed tooth nerve can occur in the back teeth, which you might not necessarily notice by looking at it. While there is no substitute for a comprehensive dental exam, increased pain and sensitivity in the gums may be a giveaway that something is off. See your dentist as soon as possible to get to the root cause.

What Causes an Exposed Tooth Nerve?

An exposed tooth nerve is usually a sign of another dental condition. It can happen due to physical trauma, such as a sudden blow to the mouth during contact sports.

In some cases, physical injuries to the teeth can cause them to shift in the gums, which can expose some of the roots. Most often, it’s the front upper teeth that are affected by physical trauma.

Tooth decay happens when bacteria in the mouth eat away at the outer layers of the teeth. Over time, as untreated tooth decay progresses to more advanced stages, it can expose some of the roots.

Tooth decay is usually the result of poor oral hygiene. As such, it is highly preventable. Nonetheless, as much as 90% of U.S. adults have some type of tooth decay, which puts them at increased risk of the exposed tooth nerve.

Receding gums is a condition that happens when the gums begin to pull away from the teeth, which exposes parts of the tooth that are normally concealed by the gums. If the gum recession is severe enough, it can expose the root of the tooth.

Receding gums is usually a symptom of another condition. In most cases, it is caused by gum disease. However, aggressive teeth brushing, smoking, or Beijing can also be brought on.

On its own, misaligned teeth won't necessarily lead to an exposed tooth root. However, this condition can increase the risk of tooth decay or gum disease, which increases your risk of exposed tooth nerves.

In some cases, a tooth root may become exposed due to complications from dental surgery. For instance, a dental surgeon may extract a tooth but leave a portion of the root in the gum. This makes it important to choose a highly-qualified oral surgeon for your next procedure.

In some cases, an exposed tooth root can be the result of a genetic anomaly. For instance, some individuals have developmental disorders that can leave more of their roots exposed than is normal.

How Do You Treat Exposed Tooth Nerve?

As mentioned above, an exposed tooth nerve is a symptom of another condition. As such, treatment depends on your diagnosis. Here are some treatment options for different conditions:

If your gums are receding, the most important thing you can do is to prevent the condition from getting worse. You can do this by implementing a proper oral hygiene routine and quitting habits that can damage your dental health, such as smoking.

To restore the appearance of your gums, your dentist may choose to perform a procedure such as gum craft, which uses a piece of tissue from healthy gums to cover the exposed root. They can also use a gingival mask — a removable artificial gum — to cover the exposed tooth nerve.

Gum disease is caused by a build-up of tartar around the gumline. As such, treating the condition requires removing this build-up with a procedure called “planing” and “scaling.” Using specialized tools, your dentist will remove the hard tartar deposits while smoothing out the roots.

If your gum disease is accompanied by tooth decay, then you will need to fix it to prevent the damage from getting worse. Mild tooth decay can be addressed with a simple cavity filling. However, more advanced cases will likely require a root canal procedure with a crown.

Although some individuals may be more genetically predisposed to the conditions that cause an exposed tooth nerve — such as receding gums — more often, poor hygiene is to blame.

One study found that in people with root exposure, about 40% had plaque accumulation due to poor brushing and flossing. In addition, 7% were regular smokers. This supports the major role that oral hygiene plays in dental health.

To significantly reduce your chances of developing an exposed tooth nerve, make sure you take care of your dental health. In addition to brushing and flossing twice per day, make sure you follow the correct technique for both.

It may also help avoid sugary foods, as they increase bacterial accumulation on the teeth and gums. Last, avoiding smoking may improve vascular health, delivering more nutrient-rich blood to the teeth and keeping them healthy.

What To Do Next

It can be a sign of a serious dental condition if the roots of your teeth are exposed. To prevent further complications, make sure to see a dentist as soon as possible for a medical evaluation.

At Flossy, we work with a network of dental professionals in Arizona and New Mexico. We connect you with highly-vetted dentists, orthodontists, and oral surgeons — at the lowest possible prices. Schedule your appointment today.

Tooth position and speech — is there a relationship? | NCBI

Etiology and occurrence of gingival recession - An epidemiological study | PMC

Where To Find Dental Care for Adults Without Insurance?

How Much Does Dental Cleaning Cost With & Without Insurance?

Tooth Anatomy 101: Everything You Need to Know