How Often Should You Floss and Why Is It Important?

Are you flossing every night? If it’s something you’ve been forgetting to do, then check out this guide to remind you why it’s so important to floss. 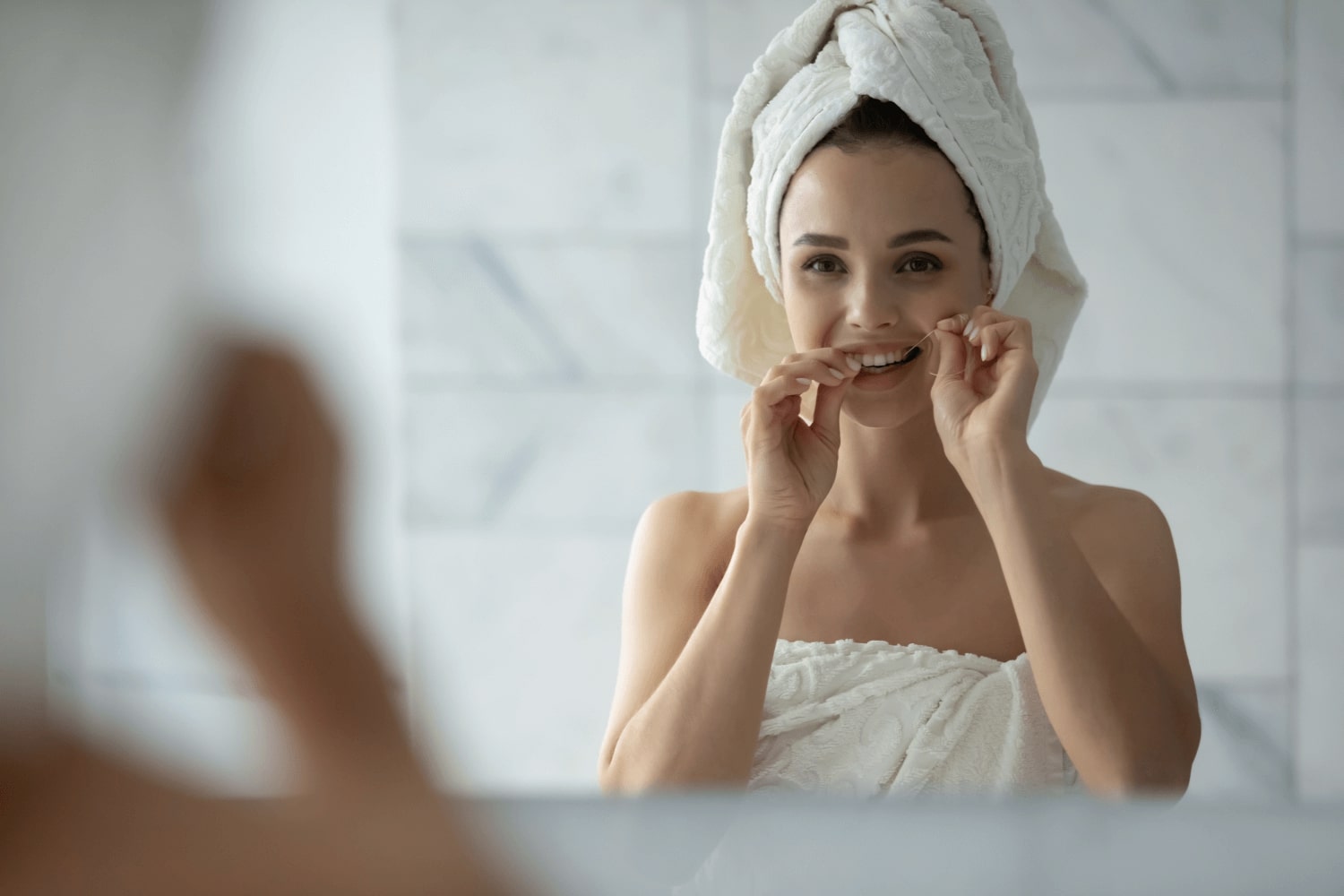 While we would never forget to brush our teeth, the story is slightly different when it comes to flossing. Although it’s recommended by virtually every dentist, only 40% of Americans floss every day. It may seem like flossing is just the cherry on top of the (oral hygiene) sundae, but it’s actually incredibly important for maintaining good health—and not just the oral kind.

As dentists, we want your teeth to not only look great but to be healthy. For this reason, we compiled this guide for you. Read on to learn why flossing is so important and how often you should do it.

How Plaque Forms on Your Teeth

Just like the rest of your body, your mouth has its own, unique ecosystem. Bacteria enter your mouth when you eat, which isn’t a problem on its own. After all, our body is a microbiome that is home to millions of bacteria. However, when the balance of certain bacteria gets thrown off, you can begin to experience problems.

Plaque buildup is one such problem. Essentially, plaque is a film of bacteria that forms on the teeth. Although everyone has plaque to some degree, too much of it can lead to several issues. That’s because plaque—since it’s bacteria—feeds on sugars in your food and releases damaging acids as a byproduct. This can lead to all kinds of issues (outlined below).

Although everyone gets it, you may develop more plaque than normal if you consume a lot of sugar, have a dry mouth, or if you smoke. Thankfully, plaque can be easily removed with a consistent oral hygiene routine.

What Happens if You Don’t Floss?

One of the best ways to prevent plaque buildup is to take care of your teeth. This includes flossing at least twice a day. However, many of us either forget to do it or simply don’t think it’s important. Since we hope to convince you otherwise, here is a list of conditions that can be brought on by not flossing regularly.

As we mentioned above, plaque is a film of bacteria that forms on the teeth. While having some plaque is normal, the issue arises when too much of it builds up. Brushing can definitely get most of it off; however, the plaque that forms in-between the teeth is hard to reach with a toothbrush and can eventually build up to problematic amounts.

Cavities form when some areas in your teeth become permanently damaged.

Your teeth are made up of several layers—with enamel being the outermost layer. When plaque bacteria release acids, it can erode the enamel and cause an opening to form in your tooth. Once the cavity forms, it can continue to spread into the tooth’s deeper layers, eventually leading to toothaches, infections, and tooth loss.

If plaque isn’t removed on a regular basis, it can mix with the minerals that are found in your saliva and harden into tartar.

Tartar is a rough deposit that forms around your gum line. It binds strongly to your tooth enamel and unlike plaque, it can’t be removed at home. Tartar can lead to receding gums (in which your gum tissue begins to pull away) and different types of gum disease.

Gingivitis is the most common form of gum disease which is caused by a buildup of tartar. It’s relatively mild with redness and swelling of your gingiva (the gum tissue directly surrounding your teeth). However, if it’s not taken care of immediately, gingivitis can lead to more severe forms of gum disease.

Periodontitis is the more severe form of gum disease that can reach the bone that supports your tooth and permanently damage your jawbone.

It’s caused when “pockets” of plaque, tartar, and other bacteria form between your gums. Basically, the bigger they get, the more infection-causing bacteria form. Periodontitis can have a variety of negative consequences and even put a strain on your immune system.

Of course, we don’t mean to scare you. But there is some evidence that links poor dental health to chronic, inflammatory conditions. Here are some of them:

How Often Should I Floss?

We hope that it’s clear why flossing is important for your health. Now, on to the question we’re all curious about: how often should you floss?

While it’s a good idea to floss at least once per day (at night), flossing every time you eat can be a great way to care for your oral health. Of course, it’s important to make sure that the schedule you make for yourself is manageable. After all, we’d rather have you be consistent with flossing once per day than overwhelm yourself and drop the habit completely.

How To Floss Better

As simple as it may seem, there is a right and a wrong way to floss. Here are some of the best practices you should follow when flossing:

When Should I Floss?

When you floss really depends on what your eating schedule is like. If you want to remove plaque at the end of the day, then you should definitely floss at least once before bed (but preferably, after each time that you eat).

Of course, plaque also forms at night as you sleep, which is why it’s not a bad idea to floss when brushing your teeth in the morning. All in all, remember that the important thing is to be as consistent as possible.

Should I Floss or Brush First?

You should brush first, then floss. Think of your toothbrush as getting the broad strokes while the floss gets into the nooks and crannies to pick up what the toothbrush couldn’t. And don’t forget to rinse after everything, too!

Is There a Wrong Way To Floss?

When you floss, the key is to be gentle. Roughly dragging the floss back and forth can irritate your gums and even rub off the tooth. When flossing, you want to do it in a vertical motion. Start at the top of the tooth and bring it down (gently).

What Kind of Floss Is Best?

The first recommendation we have is to use floss string. As much as we love the convenience of plastic flossers, it’s more likely that you’ll be using the same one to floss each tooth. And using a fresh one every time is just bad for the environment. For this reason, classic floss will do the job just fine.

We would also recommend getting a waxed floss, which will help it slip in and out easily. This isn’t only safer for handling (as dry wax can cut you in some cases), but it feels much more pleasant. And that’s exactly what we want to accomplish here.

Can I Just Rinse Instead?

As much as we’d like to use a fresh-tasting mouthwash at the end of the night and get our routine over with, it won’t work as well as floss. While commercials are eager to show you how mouthwash gets between the teeth, this actually isn’t true. Indeed, floss is the only effective way to reach those places.

That’s not to say that mouthwash doesn’t have a place in your oral routine. Your mouth gets bacteria on various surfaces and mouthwash is the perfect solution for killing them. Aside from that, mouthwash is a great way to reduce plaque and gingivitis.

A Friendly Reminder To Floss

With everything that goes on in life, it’s easy to lose track of your healthy routines. However, flossing is one of the most important things you can do to preserve your oral health and, well, the rest of your body.

For this reason, we hope our article inspires you to begin, resume, or continue a regular flossing habit. But if you experience any issues, we’re here for you with the best that dentistry has to offer.

Are You Flossing Or Just Lying About Flossing? The Dentist Knows | NPR

The Clinical Effectiveness of Post-Brushing Rinsing in Reducing Plaque and Gingivitis: A Systematic Review | NCBI